Why You Should Read This

Jalup is a tool that will teach you Japanese in a fun and engaging way. Reading this review will explain what Jalup is, why it’s effective, and how it compares to other tools, and why it’s currently the best tool on the market. Read on to find out this and more.

Trying to learn anything is a challenge, but learning Japanese is like learning calculus and not knowing addition. Despite this, millions of people still speak Japanese and learn it. The JLPT test is taken now more than ever, and with the world becoming increasingly global now is the best time to learn Japanese.

And I’m not talking about the “Learn 10 useful phrases” phenomenon. No, I’m talking about knowing and understanding Japanese. Being able to watch Netflix shows, translate for game companies, or even visit and hold a pleasant conversation. I’m talking about taking yourself to the “next level” as you open up a whole new world. If that’s what you want, then turn to Jalup.

Japanese Level Up (or Jalup) is the quickest and most efficient way to “level up” your Japanese ability. Started in 2010 by a guy named Adam Shapiro, Jalup has garnered almost no attention. Why? Because in my opinion, Adam is humble and doesn’t want to sell a “get fluent fast” scheme.

Adam understands that learning other languages may be a marathon, but learning Japanese is an ultra marathon.

There are no short cuts to fluency, even with this incredible tool. But incredible it is.

Why Jalup is so Awesome

We’ve heard a lot about this mass input idea in the language learning community over the last few years. A large number of sentences in = language understanding. It’s all good and well to learn Japanese grammar, the Kanji, and even the polite forms, but to quickly put that all together? That’s hard.

On top of this, Japanese is particularly hard as most words are contextual. Do you add a polite ending, can I drop the “は”, or do I have to add the “か”? It gets confusing fast, especially in Japanese, but mass sentence input gets you used to the flow of the language as a whole.

Each word conjugated in context, positioned (or dropped in Japanese’s case) the way they usually would. Every sentence is an actual sentence with the context explained and understood. Not only that, but you don’t have to go find the sentences and verify their “correctness”. Jalup does this for you, all you have to do is open an app and practice.

It’s beautiful. And it gets better.

The other language learning concept is to always “push your boundaries”. This is so you don’t get stagnate or worse, bored. The challenge here is “what exactly is +1 above my level?” If you go too high above, you’ll be out of your depth, feel lost, and drown in the tsunami that is language. What if there was a nice little bay area carved out by the beach for you to slowly wade your way into?

Here, Adam gives you words you know to build understanding around the card’s new word. This slowly morphs into bigger and harder sentences. Suddenly find yourself lost? You can always tap the confusing (or forgotten) word to see its definition again. Not only does this help with understanding, but it also impacts that card’s SRS.

Spaced Repetition Learning (SRS) is another powerful tool that has taken the language learning scene by storm. It was popularized by Anki for language learning, med school, or any other thing you can think of trying to memorize. I won’t go into depth here, but using SRS is like having a jet booster on your back.

All sorts of equations can be run to calculate an “optimal” timing for reviewing. Most of which are based on the “forgetting curve”. Adam takes a similar approach but integrates the total app’s experience to fine-tune it for you.

This means every time you interact with a card, looking it up, tapping it in another card, or reviewing it, the SRS status updates. Not only is that cool, but if you’re crazy like me and are rushing towards fluency, you can tell it to increase or decrease the review frequency.

On top of having Mass Sentence Input, “+1” to the extreme, and SRS, Jalup also has a few other tricks.

This one is crazy cool. Jalup currently has 5,000 flashcards to help you learn new words. Starting at card 1,001, everything is in Japanese. Yes, even the definitions.

“How do I learn!?” You ask. Well, Adam, being smart, set out to teach these words, or define them, using only the words you learned in the first 1,000. How amazing. That means that when you start learning in only Japanese, you’ll have a strong enough base to understand what is being taught. Talk about a confidence boost.

Adam does admit it takes time getting used to only learning in Japanese, but stands by its ability to rapidly improve your skills.

Being able to read the sentences rocks, but when you’re talking with someone there’s rarely subtitles. This means we need to get good at understanding the sounds we hear. To do this, Jalup includes a “playlist” feature where you can playback all the sentences you’ve learned.

I use this when I’ve learned my new sentences for the day and want to get more familiar with them. I also fall asleep to it playing on repeat to boost what I’ve learned that day. It’s a great way to fill the time with phrases you already know while waiting for your next review.

Kanji are the bane of many a Japanese language learner. But do they have to be? Adam wanted to make them less scary and help make them more familiar from the get-go. To do this, he introduced Kanji Kingdom.

Most apps take the “JLPT 5–1” approach where they’re broken down by level. Adam saw this as a problem because there are some scary looking kanji at the beginning. Instead, he proposed to teach them by stroke count. Even though some of them are N1 at the beginning, having an understanding of them makes them more manageable and gives you encouragement with your progress.

How Does Jalup Compare to Other Language Learning Tools?

Raving about Jalup is cool and all, but how’s it stack up to the competition? Does it justify the $300 cost or should you go elsewhere? (It is worth it, read on to find out why)

The only tools that really “compare” are Glossika and iKnow! Both of which offer the mass sentence input and SRS reviews. Tools like Memrise, Duolingo, or even the Kanji! app I rave about only teach vocab and though they’re fun, probably won’t get you fluent. That said, let’s take a look at Glossika and iKnow!

Yes, money matters in these decisions, no shame

I’m a big fan of Mike and the work he’s doing over at Glossika. For almost every other language I’d say Glossika wins hands down. Japanese though needs a little more than Glossika provides. Kanji is vital for Japanese learning. Though Mike’s right about learning to speak first then write, Japan’s use of Kanji is so vital I think it may be the exception. Sure it’s possible to learn without it, but “possible” doesn’t mean “fun”.

Although Jalup isn’t the greatest at this either, it does provide a contextual section called Kanji Kingdom to aid in kanji understanding. Neither are great here so it’s mostly a draw.

Where Jalup beats Glossika is its repeatability. Glossika runs through a few sentences and then at most runs through them 2 times a day for “review”. I support this when the language is a step or two away from English. Japanese is 5. Not only that, the hardest of the 5s.

With the ability to repeat sentences over and over to help with listening, reading, and the kanji bonus, puts Jalup ahead. Also, the cost is exorbitant when you look at the long term play. Glossika is $360/year monthly ($300/year upfront) whereas Jalup is $300/Life.

The other comparable option is iKnow!

If you’re not in a rush to learn, this may be a more affordable option that can be just as effective with more effort and time.

iKnow! teaches by word frequency and introduces one word at a time similar to Jalup’s “+1”. Each word also comes with two sample sentences aiding in the Mass Sentence Input method. This is good for growing your vocabulary and seeing the word in action.

Their strength lies in learning vocab and in rounding out your knowledge. Where I found iKnow! to be lacking though is it’s “throw to the wolves” mentality. After learning a word, you’re given a sentence with a bunch of other unknown words. Sometimes, the word you just learned is conjugated differently giving you very little time to even grow acquainted with it.

I won’t lie though, it is a bit cool to see the gibberish become meaningful. Learning “work” and seeing “I went to the movies after work.” reinforces its use. Then, when you learn “movies” you come back and see both words. You gain confidence in seeing the puzzle come together.

The reason I like Jalup more though is it’s “+1” method is smoother on the uptick. This means you aren’t having to expound effort on learning words you’re not ready for. Also, a biased opinion, but I agree with Adam in getting to J-J learning as fast as possible. iKnow! unfortunately only teaches E-J.

If you’re serious about learning Japanese and want to put in the least effort with the most return, Jalup is the app for you. It’s fun with its puzzle system requiring you to figure out the new sentence’s meaning using what you’ve already learned. It’s effective in giving you whole sentences with audio to hear the pronunciation. And it’s cost-effective (3 years @ 2 hours a day = the average Japanese learning time, aka $8.33/month for 36 months).

iKnow! would be my second choice for affordability and its very similar nature. Glossika is too expensive to truly justify using it for Japanese (though I’m a big fan of it for Romance languages!)

Verdict: You Should Buy Jalup.

All in all, I still think the other apps are worthy foes and if you choose them you’ll do well. Especially with their Mass Sentence Input (which you can tell I’m a fan of). I don’t think you’ll find a better tool than Jalup though.

What are your thoughts? Any questions I left unanswered? Let me know in the comments! 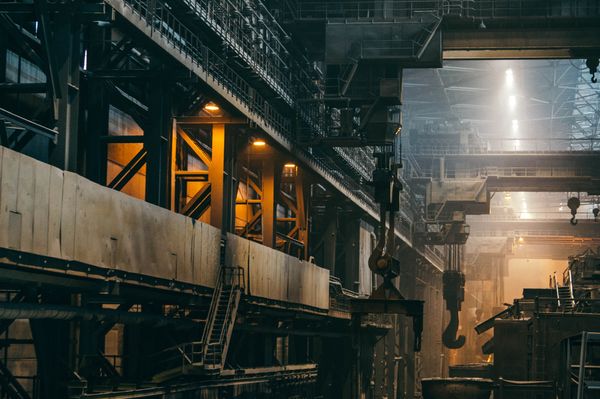