For The Spoopy Season Challenge: "A boy finds a necklace on the bus and...?"

The necklace is a magical device, something like teleportation, mind reading, or weird tricks. One that's really calling out is the ability to control gravity where-in, he can focus on an item and change the gravitational properties of it by either increasing or decreasing gravity.

The science part of me says that it's really increasing/decreasing the item's mass then since gravity is mass*acceleration, so it could also be him changing the acceleration of objects...that'd be wild. What if he could throw something faster than sound? Could he also decrease the object's density or volume to balance out the change in acceleration? hmmm... Let's write.

Winston was very fond of traveling. Often trying to do everything he could to get out of class and onto the road, Winston would frequently plan weekend trips to nearby state parks or museums. He didn't much mind where he went, just that he went as life was too short for him to just sit all day.

He would daydream in class about the places famous travelers had been to and his favorite movie was Up - dressing "up" like Russell and carrying balloons saying "make life an adventure". Even car rides were an adventure for him as he'd glance out and wonder how far people came to get to where they were. What stories did they tell?

On this particular adventure, Winston was going from school to home - a frequent adventure, but exciting none-the-less as he sought to find the minute changes from each journey. What weird substances would be left by people's shoes today? His favorite was a paperclip since they're rather rare to find on the ground despite their abundance. Regardless, he got on and started snooping, the other kids giving him the side eye.

He didn't mind, he was happy in his adventures and felt more sad than hurt that their lives were so dull. He couldn't imagine being trapped in a place like they did every morning and evening.

But as he made his way to the back seat, the "explorer's throne", he caught a glimmer of light bouncing off that he'd never seen before. He launched himself forward beset with excitement and grabbed ahold of the mystery item. Looking at it, it was a green emerald necklace that was held together with a green chain intricately linked together. The chain was rather long and seemed to be able to fit over anyone's head.

"Who left this?" Winston thought having never seen any of the other kids wear it.

As a noble explorer though he always sought to find the rightful owner of lost goods (though many of them were dead as most explorers were exploring tombs and other fun places). He stood on his seat and raised the necklace.

"Is this anyone's necklace?" He shouted as freshmen and sophomores are rather loud. Silence descended and they all looked back. Staring at the weird kid none of them laid claim. Even the bus driver gave him a strange look but thought nothing of it, starting the bus instead and allowing normal conversation to resume.

"Hmm," Winston thought again. "I'm sure it's somebodies. I'll just have to bring it to lost and found tomorrow. Until then though..." a gleam of excitement glinted in his eye.

After he got off the bus and flew home with airplane arms, he ran up to his adventure's cave (bedroom) and pulled out the necklace from his pocket. All explorers kept their most valuable items closest to them, never in a silly place like a bag. With a magnifying glass he got from his uncle at his 13th birthday and a chisel he got from his grandmother he began prodding the specimen, carefully though as he had to turn it in the next day.

Nothing too profound happened, and no matter what he did nothing occurred. Finally satisfied with his findings, he thought to put it on. "Even if it is someone else's, an explorer must thoroughly explore and that includes exploring what it's like to wear!"

As he thought up to that last part he threw the necklace on and smiled looking down. The main jewel, a 1" diameter circle that was surrounded by numerous other green shapes leading up to the long chain. Both sides were equally balanced.

Suddenly, a voice range out "The choosing is complete." And a burst of green flooded out of the necklace. Slowly the chain pulled up to fit snuggly around his neck.

Dang. 30 minutes flew this time. I like the way this is going and had fun coming up with the story on the fly. I'd probably go back to add more descriptions of the necklace during his discovery time, but overall I feel it's an interesting set up to a possible story.

What do you think? Would you want to read more? What kinds of things did you find good/bad? Let me know!

Image by starbright from Pixabay 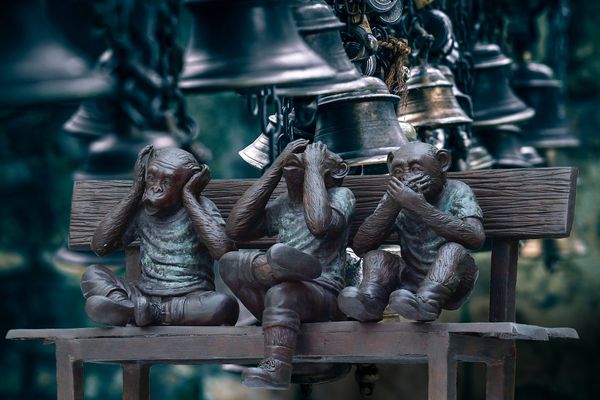 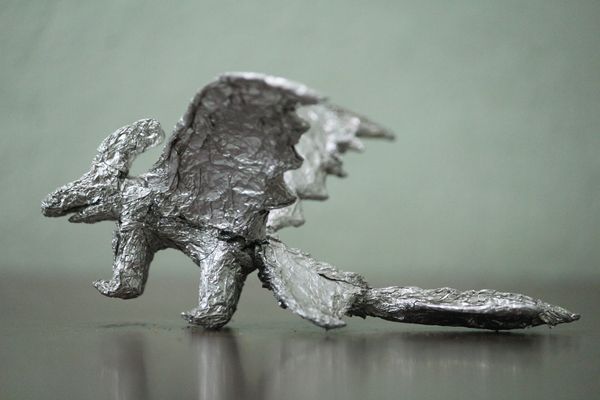