Welcome to my first update on my crazy language learning challenge! You can read more about that here or read week two's update here. That all said, read on to find out how week one went!

Man, what a week. So much fun and lots of learning done. I finished the first “group” of Kanji! and was able to get Jalup up to 125 sentences. I also find the pace to be rather good. It seems crazy, but if you ever get a chance to dive into a language, you’ll find connections form faster. Probably because you don’t have enough time to forget before having to use it again. I haven’t found any articles to back that up, but if you know any, comment below!

Also, I didn’t mention it in my main post but wanted to inform those following along. I started “learning Japanese” about a year ago. To say I learned anything though would be an understatement. I “learned” the hiragana and katakana alphabets and the particle “は” (pronounced wa). Since I’m doing a 6-month challenge, and I’m starting halfway through the first, I’d say that balances out. Aka, you could learn all I learned in a year (hiragana, katakana, “は”) in two weeks…

In this section, I want to break down how I’m doing pace-wise and why I’m at that pace. You joining me on this journey means you get all the fun details.

It seems like a pretty bad start if you take it at face value, but I see these numbers as a win! This first week was my strategy week. Which means I had to come up with how I was going to get to “fluent” in 6 months. I mentioned in my main post that there is a tonne of resources, too many. Wadding through to find what works was hard, especially with so many paths to success. But I wanted the fastest ⛩🏃‍♂️

My first hurdle this week was to decide if Jalup’s $300 price tag was worth it as a premium service with a premium price to boot. I wrestled with it all week, getting up to the free 100 sample limit in 4 days. I spent the next two days weighing the pros and cons compared to other apps.

This was a solid thought in my head. Money does matter. Though people say “Chase your dreams at all costs”, it’s still never fun to watch huge chunks of those “costs” happen at once. What got me to do it then?

I’m putting together a much more in-depth review now, but the gist is this. Unlimited playback, SRS, “+1” to the extreme, and having it all downloaded sold me. Specifically the “+1”, as that’s impossible to find anywhere else as of now, at least not to this degree of ease.

After deciding it was worth it, I bought it and picked back up on Thursday to get me the 125. Meaning I’m a bit short but crossed the first major mental hurdle of my journey.

As for Kanji Kingdom, this one was a little slower because I didn’t see the use at first. It’s not a normal kanji learning app or method. It sorts kanji by stroke count and groups them together for similar-looking kanji. From there, it gives you a funny sentence with the target words.

It was off-putting because the only goal is to teach the meanings of the kanji. I realized later that it is useful because as Adam says, “it’s too much to learn all at once.” Plus, he goes on to say, “using chain stories feels more natural as story building for one specific kanji takes a lot of time, is only temporary, and has a lot of artificial parts.”

He’s not against other methods but proposes this a quick entry point to increase understanding at a much faster rate. I’d say he’s right so far. Having seen a few kanji that I’m told are “advanced” and having learned a bit about them already, makes them way less intimidating.

I have a feeling that kanji will take a backseat as I prioritize the sentences on this journey (they include kanji). However, getting familiar with them is vital this early on and Kanji Kingdom does that. Expect next week to see a little more progress in this area.

To wrap up today’s update I want to give a quick overview of my life and emotional feelings. I’ve got a move coming in two weeks. I know it will inhibit a few days and I also need to look out for a job (unless writing takes off, like, subscribe, share?? Haha I’m shameless).

I hope you continue to check back in and see how this goes. Share your language journey! I want to cheer you on and see if I can gain any insights that can help you too :)

See you next week!

This is a “proof of learning section”. I take these pictures Friday mornings so you can see the progress as I go :)

The first one (left to right) is Jalup with the 125 sentences and 80 Kanji Kingdom. The next two are the Kanji! app with the first being the main page and the second being the end of the N5 level.

Come back every week to watch the progress! Part two here.

This is the first part of my series: Fluent in Japanese in 6 Months. 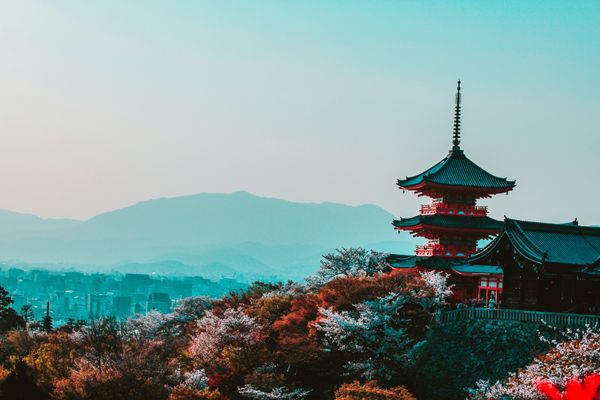 Home base for my Japanese language learning journey