This was a rough week all around which sucks as it came right after a prior rough week, but for different reasons. It's a bit somber so I find it hard to joke around in this and last week's updates. This past Friday our dog had to be put down (details below).

I try and keep these upbeat and fun as I'm learning Japanese and it's really cool and exciting, but life does happen and it's not always fun. That said, this week really took its toll and I only got a small amount of studying done, but was able to maintain through reviews.

Before getting into the meat-ier part below, I wanted to run through a few changes that I keep doing but finally found a way to explain. When you're running through a challenge, you forget a lot really quickly and need to up the number of times you see things.

What this looks like is the first "pass" is the priming and prepping pass as I get familiar with the words I'm learning and start to prep my brain for the patterns and rhythms.

Now, normally, you would be able to look at these things over an extended period of time and would naturally see them enough that they "stick". As and added bonus, if you're doing it at a slower pace, there's less that has to stick making it quicker as well.

But, due to crunch time, I have to prime by running through it, and then go back and re-learn followed by constant review. I hadn't thought of this prior to setting out, but I've found it to be the trend as I ran through the last 500 in beginner and the last 1000 of Kanji Kingdom.

Because of this rapid prep and then "re-learn" I find I often reset the progress I made and go back through a bit more slowly but find it sticks much more rapidly.

Going forward I intend to continue this but on a smaller scale: Running through a few hundred and then going back and adding them in slowly as I review and "re-learn". This sounds like it's complicated, but it just means my progress with be like a rollercoaster going up and down a lot, but slowly moving forward.

This week also marked a shift of me moving to more time exploring Japanese media to consume and watch. I began Terrace House which is more fun and a lot more dramatic than I'd originally thought (but what else do you expect from reality tv??).

I also saw the launch of another product: NativShark. I think it's a really cool product and want to do a review of it as I found it's beginner lessons very user friendly. They walk you through lots of travel phrases and good use case examples that make it accessible for anyone who's never touched Japanese.

I don't see myself staying with them as they still have an English-Japanese focus, but do recommend it to anyone interested in getting their feet wet.

As I said at the front end of the post, my family had to put down our dog of 10 years as she was unexpectedly diagnosed with mouth cancer and internal bleeding. Due to the life conditions being awful for her and any treatment falling short, we decided to let her go in peace and rest.

Doing this is never easy for any family, even if they are "just a pet" as you realize how much their presence impacts you. And impact me it did. I was barely able to focus having to run her to and from the vet (she was taken in for mouth bleeding upfront, but we could tell there was more leading to later trips).

Ultimately, we called it, and it hit hard as I realized just how much she meant to me. Being with her over her last week took its toll on everyone in the house as we all mentally checked out to be with her.

I don't want to make this a cry post though as it still is a step in life and one where we ought to recognize the joy brought to us, even in our times of darkness. I've included a few photos of her and her scraggly look, and smile hoping her silly face brings a smile to yours.

I was also able to spend time with her and my family as a result which was good and much needed as I finally feel fully recharged for these next two months of the challenge.

We never know what life brings, but we can't let it stop us. I may have slowed down this week and not had the stellar performance needed, but I did my best and hope for tomorrow. I really want to succeed and hope you want me to as well, and I look forward to bring you good news as I progress these coming days! 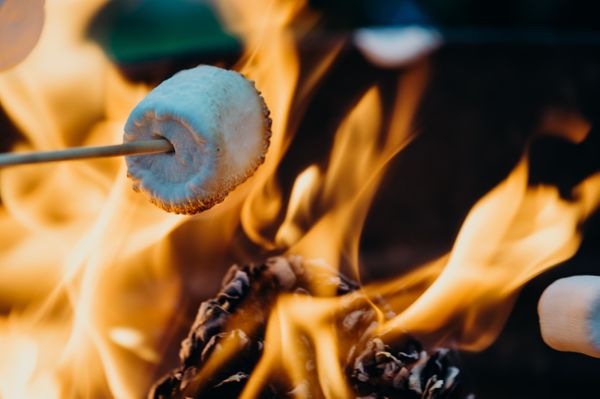