For The Spoopy Season Challenge: "A family carves pumpkins...write from the pumpkin's perspective."

Well, pumpkin carving is supposed to be fun...unless you are the one being carved. Maybe the pumpkins are a family or should they all just be friends? Perhaps they don't actually feel pain, but it's more like a fat loss concept where they "lose weight". I like the idea of them being friends over family since that's just too sad.

"Hey!" Happy said looking at his new friends. "You guys excited to find out where we're going?"

Happy had been mingling about with a bunch of other pumpkins who were also excited for an adventure before he was taken by a large man. Screaming from excitement all the way to the car, he only now got a chance to see who his new companions were.

"Hi," Skinny said. He was a taller pumpkin and looked more like an oval unlike Happy who was much more round. Though right now he was on his side having tipped over.

"Kind of, but I'm mostly nervous. What if we die?" He asked.

"hu-ehhhh," Lumpy yawned. A weird dent in her side gave her the name as it made her lumpy there. "I don't really care. What's the point in life anyway? We're just pumpkins."

The last pumpkin spoke up.

"Well don't get all down on yourself there ma'am." He said. "Chubby here will keep ya company," he commented as the car turned and he rolled towards her.

"Well I'm excited," said Happy, ignoring the flirtations. It's a big world out there and I want to see it all.

Suddenly the motion stopped and they all rolled towards the back seat. The light was gone and all they could see was darkness. Until finally a crack appeared and that same man picked up a lid.

From the Car to the Garage

He reached forward grabbing a giddy Happy who was set on some soft paper. Light beamed in on him as he watched the man bring the others out.

"Oh no, oh no," Skinny said. "I didn't take my fertilizer this morning."

"No one did idiot. We were all picked fresh last night," Lumpy replied.

"I'm bout as fresh as they get," Chubby said, smiling to himself.

"It's okay Skinny," Happy said trying to calm him down. "Think about all the good things in the world like the sun, sky, warm ground, and adventure."

"I don't much like adventure, and I miss my warm groooouuu," he said getting picked up suddenly at the end.

A new pair of hand had joined the bunch as a little girl picked him up. Only muffled noises could be heard as they spoke an unknown language.

"Told ya our lives are pointless," Lumpy said.

Not too much later, he'd been set back down. Perhaps the guests caught on that he'd just had a pumpkin seed attack because the next thing that happened was a sharp stabbing into the top of his head.

Before anyone could pipe up though, they each had their own stabbing occur.

"This is the most fun I've had in my whole life," Lumpy replied nestled in someone's lap.

"Pump-dang-it. What in the pumpkin patch is goin on here!?" Chubby yelled.

"Maybe they're upgrading us for a top secret mission," Happy proposed.

"I can't feel my head guys! There's a wind blowing in me," Skinny chimed in having not calmed down yet. "Now they're sticking something in me!"

Slowly they watched as his innards came out.

Having the same done to her, Lumpy continued "I finally am the way I feel inside. Empty."

"I work'd so hard for all this and ur takin my treasure." Chubby yelled again as his treasured insides slowly came out.

"I feel like I can float on water guys!" Happy exclaimed getting more excited for the adventures to come.

"They're poking my face now!" Skinny screamed, a common occurrence at this point.

"You don't have a face. We're all just masquerading anyway letting other's carve our faces for us. Do we even have ourselves?" Lumpy said still lost in her emptiness.

"Yeah kid, face it, ur a wimp." Chubby claimed as he braved his own face getting carved.

"I can see! And smell!" Happy yelled only to come to terms with the huge disaster in front of him. Pumpkin guts laid everywhere, a young girl smiled playfully as Skinny's screams continued, and Lumpy and Chubby were both held by two huge figures that were treating them like food.

Did you like it? Feel for the characters? If you didn't know it was a pumpkin carving, could you tell what it was? Let me know!

Photo by Benedikt Geyer on Unsplash 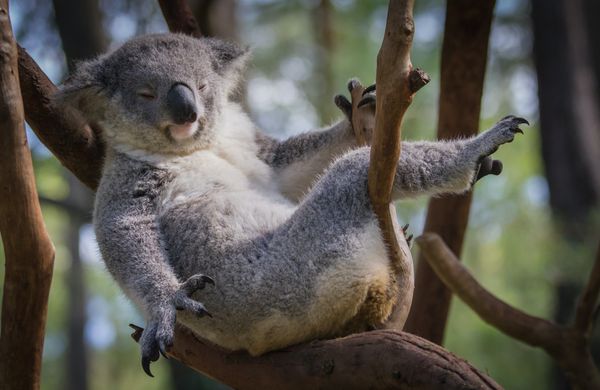