And welcome to Bradley's giant life update where you can get an inside look at all the dirty details going on in his life.

Stop talking about yourself in 3rd person Bradley...

Haha, well, in light of the post's title, this is a big update that'll look at the current state of things and attempt to explain some of the choices I'm making.

Here's a quick look at all the things I hope to cover:

I Quit My Job

Always fun to start with the big stuff first, and yes, this is true. It may seem like a shock, and while I agree, I believe it's the right decision. To explain, I'll give you a little look under the hood per-sei.

I Love the Company

I want it to be know right off the bat, none of this has anything to do with the company itself and despite the short stay, they were very understanding and we parted on great terms.

They also fulfilled every idea I wanted for this kind of job. They,

It was the perfect set up and I was pumped to do it.

From day one to the last, I never felt comfortable. Not in a "oh you're just learning a new thing" discomfort, but a genuine discomfort that screamed "you're out of your element".

Quick Side Note: I've been known to quit or give up when things get hard or when new/better things come along. Seeing as this is an issue, I've worked a lot to not do that, but, I also am aware that sometimes, you need to quit instead of beating your head against the wall.

This was a time where something I was unaware of was telling me to stop and I think I figured it out (slightly lol, do we ever fully understand ourselves??)

As I did cold calls all day, I quickly realized that I'm much better with personal relationships. All relationships are personal, but when it comes to business ones, there are natural barriers put up to protect everyone from abuse. This is great for work, but sucks when you're trying to build relationships.

All in all this area meant a big focus business relationships was needed and I'd have to "start over" in growing that skill set.

I put it in quotes cause it's not totally true, but it would take significant effort for me to perform well in the company. Feeling the push back gave me a chance to reevaluate and I realized this isn't an area I'm focused on right now.

Business skills are always useful and I do seek to develop them, just not as a main priority right now. That said, by not desiring to build them up it then means that I wouldn't perform well and I'd not be making money. (RIP)

Money is very important. The phrase "don't do it for the money" is even more important and was thrown out the window when I took the job.

In the above realizations I also understood that I wouldn't be making the money I needed to live. This was a hard one to overcome, but I realized the money will come and that right now is a learning time for me.

I need to focus on personal growth in language and leadership skills for what I want in the future.

Gasp. Starting from the top and dropping to the bottom??

I say that cause it's usually starting at Starbucks and then going to a sales job to make a lot. But I like to do things differently anyway :P

My dad loved coffee and was the reason we had a coffee pot in the house before it was cool. Not surprisingly then, my sister also loved coffee. I was a tea drinker and my mom loves coke (#drugs).

Julia works for a "third wave" coffee shop which is to says she's cool and works for a cool place. She works there because of the vibe and loves that work doesn't feel like it; she's just making coffee.

I was resistant to it, but eventually came to drink coffee as well and have grown to love it. Still learning a lot, but I think the 10-year plan is to open a coffee shop... maybe in Japan??

There's a big difference in having to go get people (cold calling) and them coming to you. In enjoying personal relationships more, I've found that people coming to me is both easier, and up my ally.

Cold calling is not physically demanding, neither is writing, learning Japanese, or just about any other task I do. This sounds nice, but you end up in a spot where your body is running on high and your mind is pooped.

It makes it then feel like you need to keep pushing your mind which burns it out more and then you feel even less productive. Not a good cycle.

This situation is no fun and means I need some sort of physical outlet (rip the gyms) and have it bring in money...Starbucks?

A final note: Working for little pay and doing a lot is a very Japanese thing. Maybe it's rubbed off a bit, but I like the dirty jobs and find the patterns freeing allowing me time to think.

All these changes tie into a bigger picture of where I'd like to be in a few years. Obviously Japanese has played a large part in my life the last few months, and I only see it growing as I get more familiar with it.

Because of this, I wanted to find a way that I could use it and am really drawn to the idea of translating.

This isn't a surefire thing as having not done it I can't say I'll love it, but it checks a lot of boxes of getting to use language, interact with people, and read a ton (lol).

How's this looking to pan out?

This is all just a high level, but is showing commitment to my plans, giving you all an idea of what's going on big picture wise, and let's you come along during these next few years as I grow :) I'm excited!

With so much going on, where in the world am I going to get the time to write? "You owe us books Bradley!" I hear you screaming.

Haha, well, they are 3rd on the priority list. I give writing close to an hour a day and find the limited time allows for me to write quicker, be more focused, and forces me to think ahead and be selective with what I write.

What's this mean though?

I want the blog to take priority over other writing areas, but find that they inexplicably overlap and will most likely give y'all teasers.

Haha, not quite. This section is the area for a lot of ideas, when there's extra time, and/or post Japanese grind and after everything settles. What's here?

That's about it for this section. Lots of ideas, and it's hard to pick which ones to pursue. I think Work, Japanese, and Writing are the main three and until one of them gives a little, these will be more back burner things.

If you made it all the way here, thank you a ton for checking in. I hope this gives you a good pulse on what's happening, how I'm feeling about the different pursuits and where I plan to go.

I'm excited to continue the pursuit laid out in my original post of building this site into a blooming tree filled with stuff. That goal is not lost and will continued to be pursued, even if delayed.

Regardless, you being a part of this journey has kept me accountable and I wouldn't be here without you :) Thank you so much, and as always,

Image by www_slon_pics from Pixabay

Image by Pexels from Pixabay

Image by Dariusz Sankowski from Pixabay

Photo by Glenn Carstens-Peters on Unsplash

Photo by Jo Szczepanska on Unsplash 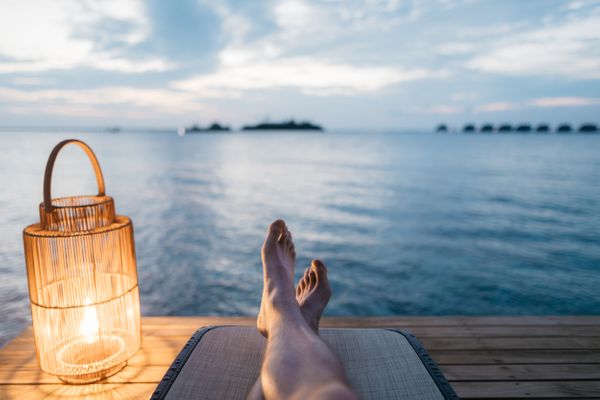